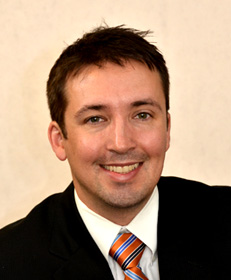 Matthew represents Rathbone Group clients in Memphis and across West Tennessee. He has experience in civil litigation and trial practice working for plaintiffs, defendants and subrogation interests.

Prior to joining Rathbone Group in 2014, Mr. Fink was an attorney with one of Tennessee’s largest firms, handling multi-party civil litigation. He has also worked as a plaintiff’s counsel in Clarksville, Knoxville, Sevierville, and Johnson City, Tennessee. He is admitted to practice in Tennessee, including the Eastern District Federal Courts.

Mr. Fink holds a J.D. (2010) and B.S. (2004) in Business Administration from the University of Tennessee, Knoxville. He has served as a student clerk for both the U.S. District Court for the Eastern District of Tennessee and for the Tennessee Claims Commission. He has been published in the Subrogator magazine, was an editor for his law school’s Business and Tax Journal, and has presented at legal education seminars.

When away from the office, Mr. Fink stays busy with his family and rooting for his Tennessee Volunteers, and also enjoys cooking and tinkering around the house.