The concept of the made whole doctrine itself is fairly simple.  It is the idea that an insurance carrier who covered the costs of an injury under the terms of a policy cannot recovery those amounts unless and until the injured party is first fully compensated.  In practice, each state treats this issue slightly differently, and rarely is there a black and white conclusion.  The case law is often muddled and contradictory, and relevant statutes, where they exist, can be vague.  In some cases, the doctrine may result in no ability to recover your subrogation claim.  Often times, it will act to limit the amount of recovery.

Realistically, it is relatively easy for a plaintiff’s attorney to cobble together a legal argument and declare that their client has not been made whole.  What follows are 7 important questions for subrogating lawyers to answer in crafting an effective legal response to a made whole claim.

Question 1: What is the basis of your claim for subrogation?

Subrogation can exist as an equitable theory.  In this case, the right of subrogation exists because an insurance carrier pays for a claim, and now they step into the shoes of the insured.  There is also legal subrogation, which arises under the terms of a legally binding contract.  An insurance policy is a contract, and frequently there are provisions that grant subrogation rights to the insurer upon payment of a claim.  Finally, subrogation rights can be statutory.  This is common in states requiring PIP (personal injury protection) benefits.  When you are faced with an assertion that the insured is not made whole, make sure you know where your right of subrogation derives from in the first place.  That will then lead you to what law should apply to determine the applicability of the made whole doctrine.

Question 2: Is there precedential law in the state that applies to your case?

Question 3: The made whole doctrine exists in my jurisdiction. Does it completely bar subrogated recovery?

In states such as Montana, Arkansas, Washington, Wisconsin and others, a finding that an insured was not made whole potentially acts to bar any subrogation claim.  The case law in these states has developed such that a right of subrogation does not arise until after the injured party is made whole.  However, in other states, if the insured is not made whole, a proportional reduction rule applies to subrogating insurance companies.  Rather than requiring every dollar be paid to the injured party until they are compensated, these proportional reduction states allow an insurance carrier to subrogate a claim in order to recover a reduced amount.  An example of such a state is Ohio.  Under O.R.C. § 2323.44, if an injured party is not fully compensated, the subrogated insurer’s claim is diminished in the same proportion as the injured party’s interest is diminished.

Question 4: Can the made whole doctrine can be overridden by policy language?

There are a number of states where the made whole doctrine is the default rule, meaning that until such time as the insured is made whole, the carrier has no subrogation right.  However, in some states, the case law has determined that the contractual language of the insurance policy can override the common law rule.  In Indiana, for instance, the made whole rule may be changed by express and unambiguous language in the policy.  This ties back to Question 1; it is important to understand the basis of your subrogation claim.  If your right of subrogation is rooted in the contractual language of the policy at issue, and there is clear language that the subrogation claim exists without regard to whether the insured is fully compensated, then in some states, like Indiana, the right of subrogation may be upheld even if the insured is not made whole, because the express terms of the contracting parties govern the terms of subrogation.

Question 5: How does your jurisdiction determine if the insured is made whole?

Every insurance company has received a letter from a Plaintiff’s attorney stating – with very little explanation or support – that their client has not been made whole, and therefore the law offers no right of subrogation.  As a subrogation professional, these letters can be difficult to handle.  Certainly there are cases where a tortfeasor’s full liability policy limit will never fully compensate a person for the level of injury and pain sustained in an automobile collision.  That said, how can a carrier assess the merits of the claim without some explanation of the type of injury sustained, the total medical bills incurred, and the amount of recovery from the adverse party?  An insured who sustains a broken bone or requires surgery may not be compensated if the other party has $25,000 in policy limits; but what if there is a $5 million dollar policy available?

In this type of situation, it is wise to attempt to evaluate the nature of the claim and the feasibility of the injured party being made whole by assessing all relevant factors.  Consider the type and severity of injury, the actual bills incurred, and the amount of the settlement funds.  When it isn’t possible to obtain sufficient information to assess the claim, consider the relevant jurisdiction.  What is the process to assert or challenge whether the insured is made whole?  This is where subrogation professionals need a thorough understanding of each jurisdiction.  In some states, like Wisconsin and Arkansas, there is a hearing process for the court to assess whether an individual has been made whole.  In other states, like Ohio, the judicial system requires the filing of a separate declaratory judgment action, where the court considers whether the injured party has been made whole.

Naturally, anticipated litigation costs and expenses should always be balanced against the potential lien recovery amount when determining if proceeding to enforce your subrogation right is fiscally prudent.

Question 6: How does a state define when an insured is made whole?

Given the specific subrogation claim at issue, examine the facts and circumstances determined in your investigative process.  It is now time for the subrogation professional to analyze the file with regard to the laws of a particular state.

Montana is perhaps one of the most difficult states for this type of practice, in that the injured party must be made whole before there can be a right of subrogation, and an insured is not made whole until they are fully compensated.  In Swanson v. Hartford, the Montana Court stated that a party is not made whole until full recovery is received including the cost and fees incurred in obtaining the recovery.

Other states do not consider the cost and expense required to obtain the recovery but will require the insurer to share in a proportionate amount of those expenses.  This is generally known as the common fund doctrine.  Even among states accepting the common fund doctrine, there is variation in the formula applied to determine whether an insured is made whole.

Some states use a total damage formula which totals up all economic and non-economic damages.  If the amount paid by the tortfeasor and by the subrogated insurer exceeds the total claim, then the insured is made whole and the insurer has a right to recover to the extent there is a double recovery.

Other states assess the type of injury in determining whether and insured is made whole.  Essentially these courts separate the economic loss (medical bills) from the non-economic loss (pain and suffering).  Suppose a motor vehicle collision results in the following damages: the insured has $15,000 in medical bills and $5,000 of those were paid by the subrogated insurer.  The insured pursues a claim against the tortfeasor and wins an award of $45,000 with $15,000 allocated to economic damages and $30,000 allocated to non-economic damages.  The tortfeasor only has $25,000 in liability coverage against the $45,000 judgment.  With $45,000 in damages, the $25,000 liability coverage will not make the insured whole.  In this circumstance, some states will divide the type of damage, consider the $15,000 in economic damages separate, and conclude that the insured has been made whole on the economic damages, and consequently will allow subrogation.

While this interpretation of the made whole doctrine may still allow a subrogation recovery, it also incentivizes plaintiffs to structure settlements to their advantage.  In the above case, suppose the case never went to trial, and instead the parties settled for the tortfeasor’s $25,000 policy limits.  If the settlement is structured to divide the limits and allocate $10,000 for economic damages and $15,000 for pain and suffering, then arguably the insured was only made whole on the economic damages and no right of subrogation would result in some states.

Here, it is paramount to contemplate when a made whole argument can be manufactured to stave off a subrogating party, and if possible take steps to insist on an accurate and fair allocation of damages.

Question 7: It is important to review your particular case with an attorney licensed in the state you are handling.

Whatever the legal issue, the made whole doctrine reminds us of the importance of utilizing a subrogation professional licensed in the jurisdiction at issue. 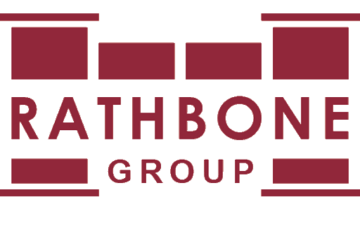 When an insured is injured by a someone who is on the job, it is natural to look to their employer to help cover the cost of the damages the worker causes.  Often, the employer Read more…

Subrogation Opportunities and the Graves Amendment

This article is a companion piece to this video. Before the Graves Amendment The Graves Amendment, named for Samuel Graves (R-MO), is a Federal Law passed in 2005.  It provides protection to rental car and Read more…