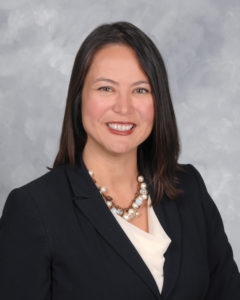 Rebecca W. Wright has focused on Insurance Subrogation for over a decade, litigating cases in several jurisdictions from basic auto accidents to house explosions.

While in Law School, Ms. Wright was a litigating member of the Jonathan M. Ault Mock Trial Team, where she obtained awards for Best Litigator. She also served as President of the Ranney Inn of the Phi Delta Phi legal fraternity.

Ms. Wright’s speaking engagements have included several presentations for the National Association of Subrogation Professionals, including the Litigation Skills Conferences and the Annual Conventions, as well as on-site educational seminars for insurance clients. You can also hear her on the podcast, “On Subrogation,” dedicated to providing well-researched information on subrogation-related topics. You can find and subscribe to On Subrogation on iTunes, Stitcher, Google Play, Spotify, or wherever fine podcasts are found, or by clicking here.

Outside of the office, Ms. Wright volunteers as head coach for Summit Country Day School’s High School Mock Trial Team, whom she led to the Ohio Center for Law Related Education’s State Competition. She remains active in community theater, recognizing that acting and litigating are similar arts.

NASP Litigation Skills Conference Presentations
• “Negative Inference Cases: Your Invisible Smoking Gun,” 2018
• “Closing Argument: Once You’ve Lead the Horse to Water…,” 2013
• “Motion Practice: How a Few Papers Can Get You a Judgment Without a Trial,” 2013